The Best Coach I Ever Had

The Best Coach I Ever Had 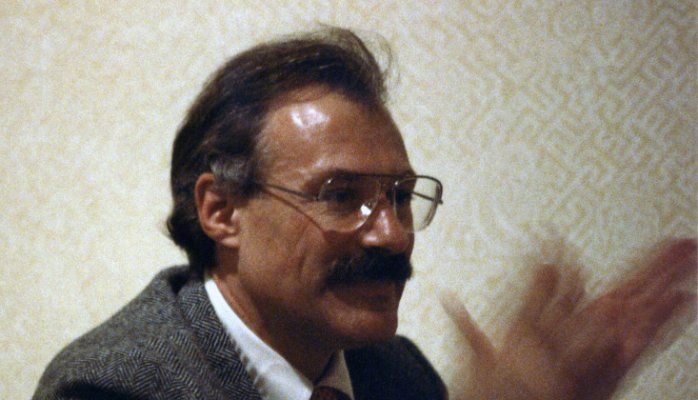 The photo at the top of this column is of my high school cross country coach, Rick Guido. It was taken in 1986 at a season-end banquet, just a few weeks after a moment that, in retrospect, has had an out-sized influence on the rest of my life. As I was cooling down at the end of a muddy, late-October practice, Coach Guido jogged next to me and said, "Allen, you've been running sixth for a while; but I've been watching you and I think you're the fifth fastest guy on this team. You're running really well coming off the top of big hills. In our meet on Tuesday, I want you to run just behind our fifth man until the top of Cardiac Hill, and then lengthen your stride and take off. I bet you'll wind up running a faster race."
I did as I was told the next day, and things went exactly as Coach Guido had predicted. Three days later, on the eve of the county championship meet, Coach Guido again took me aside and said, "That worked out pretty well on Tuesday. Why not try the same thing tomorrow?" Not only did it work, but I ran 15 seconds faster than I had on Tuesday, on exactly the same course. And it worked again a week later, in the championship meet for our section of New York State, which our team won by a razor thin margin, in a major upset.
In just a few moments, with a few well-chosen words, Coach Guido got me to believe I could perform better than I ever had before. I'm 47 now, but I often think back to my 17 year-old self and my coach's quiet reassurance when I face challenges that seem daunting. I'm sure I still hold myself back at times with self-doubt, but because of Rick Guido, my internal dialogue also helps me stretch toward difficult-to-reach possibilities.
I recently tracked down Rick, and asked him if he had any recollection of those moments in 1986. He did, and he reminded me of some broader context: We had begun the season with a talented team but had lost several strong runners to injuries. "So we became a much different team than the one that started that fall, but I still thought we had a chance to win. Toward the end of the season, I was really determined to get the most out of all of our guys. You were one of the kids I thought was under-performing. It was a question of confidence. You were too far back early on, and then you made a charge. So I thought if we could get you started off in a better position, we'd be better."
Every Monday during that season, Coach Guido gave our team a printed summary of the previous week's results-not just our times and places, but also a short narrative, written in the style of an article that might appear on the sports page of a newspaper. I kept these reports, and in looking them over before speaking with Rick, I noticed some surprising, late-season performance improvements among two of my teammates. Did he put little bugs in their ears, too? "Oh sure," he chuckled.
And how common a phenomenon is the existence of self-limiting beliefs that are powerful, but sometimes can be quickly dislodged? Rick Guido's answer is unequivocal: "Of all the things we focus on in running, that's the most significant area to deal with-so much so that we have a sports psychologist on staff at my camp." (It's a camp for elite runners that takes place at the US Olympic Training Center in Lake Placid, New York.) "That's exactly what he focuses on."
Back in Management Land, the territory inhabited by most of us at work, individual performance often gets measured and managed through formal annual review processes. A new Quarterly article, "Ahead of the curve: the future of performance management,"
reminds us of the weaknesses of these year-end reviews, which can keep managers so busy filling out evaluation forms that they inhibit real-time coaching and feedback. One of the things I like about this article is that it combines discussion of new approaches, such as digital tools that enable timely 360 degree feedback, with a call for "great and frequent coaching," delivered quite personally.
Reflecting on what I learned from the best coach I ever had, I'd hazard three principles for great coaching:
Toward the end of our conversation, Rick recommended a fascinating book called, The Sports Gene. As author David Epstein concluded in a Sports Illustrated article summarizing findings that ultimately found their way to the book, "The only way to find out how good each of us can be is to cross our fingers and train. We are left in the position of Greek tragic heroes: circumscribed by nature, but with ill-understood wiggle room to direct our fates."
In my experience, a great coach can help us understand our wiggle room a little bit better, set the bar higher, and quietly plant seeds of self-confidence. Talking with Rick Guido inspired me to try and do more of this, and it also made me curious about the techniques other great coaches-in sports, in business, and anywhere else-employ. I'd love to hear from readers about their experiences.
What impact did your best coach have on you? And how did he or she do it?

Believing you can will set the stage to accomplish.
~David and Scott

This article was first published on the LinkedIn Pulse on May 16, 2106.  Allen Webb is Editor-in-Chief, The McKinsey Quarterly, and Editorial Director, McKinsey Publishing at McKinsey & Company.

Your Plan to Get Promoted in 2020 by Gary Burnison Whenever I give career advice, the one question I am asked more than just... END_OF_DOCUMENT_TOKEN_TO_BE_REPLACED

Are You Stuck in "Planning Mode" or Are You Taking Massive Action?

Are You Stuck in "Planning Mode" or Are You Taking Massive Action? by Aliyah Dastour "When the path reveals itself, follow it" -... END_OF_DOCUMENT_TOKEN_TO_BE_REPLACED

13 Expectations That Can Harm Your Leadership

Are Your Expectations getting the best of you? by John R. Stoker When my wife and I were first married, we went to meet with a... END_OF_DOCUMENT_TOKEN_TO_BE_REPLACED

A Christmas Parable On Leadership

A Christmas Parable On Leadership by August Turak We shall not cease from exploration, and the end of all our exploring will... END_OF_DOCUMENT_TOKEN_TO_BE_REPLACED